Auroville (City of Dawn) is an "experimental" township in Viluppuram district in the state of Tamil Nadu, India, near Pondicherry in South India. Auroville is located in south India, mostly in the State of Tamil Nadu (some parts are in the State of Puducherry), a few kilometres inland from the Coromandel Coast, approx 160 kms south of Chennai (previously Madras) and 10 kms north of the town of Puducherry. Auroville is a universal township in the making for a population of up to 50,000 people from around the world. It was founded in 1968 by Mirra Alfassa (also known as "The Mother") and designed by architect Roger Anger. As stated in Alfassa's first public message about the township, "Auroville is meant to be a universal town where men and women of all countries are able to live in peace and progressive harmony, above all creeds, all politics and all nationalities. The purpose of Auroville is to realize human unity.". Auroville was founded as a project of the Sri Aurobindo Society on Wednesday 28 February 1968 by Mirra Alfassa, "The Mother". She was an equal spiritual collaborator of Sri Aurobindo, who believed that "man is a transitional being". Alfassa expected that this experimental "universal township" would contribute significantly in the "progress of humanity towards its splendid future by bringing together people of goodwill and aspiration for a better world." Alfassa also believed that such a universal township will contribute decisively to the Indian renaissance (Ref. Mother's Agenda, Vol. 9, dt.3.02.68). The Government of India endorsed the township, and in 1966, UNESCO also endorsed it inviting the member-states to participate in the development of Auroville. UNESCO re-endorsed Auroville four times more in the course of the last 40 years

In the inauguration ceremony attended by delegates of 124 nations on 28 February 1968, Alfassa gave Auroville its 4-point Charter setting forth her vision of Integral living:

In the middle of the town is the Matrimandir, which has been acclaimed as "an outstanding and original architectural achievement". It was conceived by "The Mother" (Alfassa) as "a symbol of the Divine's answer to man's inspiration for perfection". Silence is maintained inside the Matrimandir to ensure the tranquility of the space and entire area surrounding the Matrimandir is called Peace area. Inside the Matrimandir, a spiraling ramp leads upwards to an air-conditioned chamber of polished white marble referred to as "a place to find one's consciousness". At its centre is a 70 cm crystal ball in a gold mount which glows with a single ray of sunlight that is directed on the globe from the top of the structure. According to Alfassa, this represents "a symbol of future realisation." Matrimandir is equipped with a solar power plant and is surrounded by manicured gardens. When there is no sun or after the sunset, the sunray on the globe is replaced by a beam from a solar powered light. Radiating from this center are four "zones" of the City Area: the "Residential Zone", "Industrial Zone", "Cultural (& Educational) Zone" and "International Zone". Around the City or the urban area, lies a Green Belt which is an environment research and resource area and includes farms and forestries, a botanical garden, seed bank, medicinal and herbal plants, water catchment bunds, and some communities.

Politics and religion are not supposed to be in Auroville. It is the Foundation, not the inhabitants, which owns the houses. Auroville wants to be a universal town where men and women of all countries are able to live in peace and progressive harmony above all creeds, all politics and all nationalities. The purpose of Auroville is to realise human unity."
Read More
Copyright © 2005 - 2018 www.baijujoseph.com. Bookmark of Memories, Updated Jan 3, 2018 IST. Disclaimer
Powered by SmugMug Owner Log In 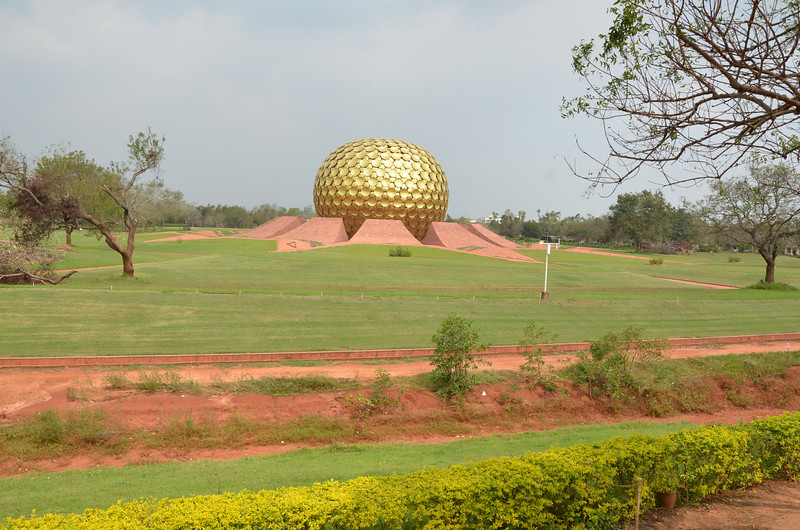